Unite your users with a great UI / UX for every screen

2012 has been a very unusual year in the PC market. For the first time since 2001, PC sales were lower than in the previous years. Tablet sales however exceed 100 million. Smartphones, of course, are also a popular item — according to Nielsen smartphones account for half of all mobile phones and dominate new phone purchases in the US.

Meanwhile, the shift to mobile is happening at an extraordinary speed. The percentage of website traffic coming from mobile devices jumped from 17.5% in Q3 2012 to 23.1% in Q4 2012, according to a new report from Walker Sands. For those of us who create websites and services, all this leads to a singular conclusion: A million screens have bloomed, and we need to build for all of them. Building apps may seem like the obvious solution. There’s no doubt that having mobile apps for the major platforms is better than having no apps at all, but how do you build for every app store and every device available today? The solution, of course, is to make a website that works equally well on every device.

What is Responsive Design?

Responsive design approach aimed at crafting sites to provide an optimal viewing experience – easy reading and navigation with a minimum of resizing, panning, and scrolling – across a wide range of devices (from desktop computer monitors to mobile phones). In simple terms, a responsive web design uses “media queries” to figure out what resolution of device it’s being served on. Flexible images and fluid grids then size correctly to fit the screen. All modern browsers such as Firefox, Chrome, Safari, IE9 support responsive design and perform well. For older browsers such as IE6+, Firefox 1+ etc there is a javascript work around. As Ethan Marcotte, the author of Responsive Web Design, explains, “Now more than ever, we’re designing work meant to be viewed along a gradient of different experiences. 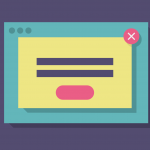 Should Marketers Use Pop-Up Forms? 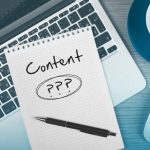 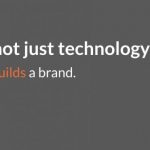